Tex mex starts with cumin.  It is one of the defining flavours.  It is used sparingly in Mexico as it can easily dominate a dish but in tex mex food different rules apply.  And its not just an American thing.  Open any food cupboard in the UK and chances are you’ll find a jar of ground cumin.  Its so common there are even jokes about it

Ok it’s not a great joke, but highlights it how normal it is to find in our kitchens.  It’s a go to ingredient for making your spicy creations; but how much do you know about Cumin?

Cumin was prized above all spices by the ancient Greeks and Romans.  It was used as a table condiment, sprinkled over food in the way that we now use pepper. 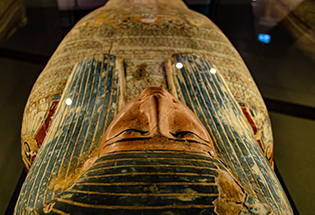 Cumin was originally only native to Southwest Asia, but such was the appeal of this rich earthy spice that it was distributed across Europe by the Romans.  It is mentioned in both the Old and New Testament of the Bible.

The Ancient Egyptians used in the preservation of mummies due to its anti-bacterial properties. The price of cumin was similar to that of gold.

From the 16th century pepper began to rapidly replace cumin in Europe, and is rarely used in most European cuisines.  The exception is Spanish cookery.

Spain or Hispania as it was known, had formed part of the western Roman empire and the Spanish developed a love for the spice.   It was the Spanish that introduced cumin into Mexico during the conquest of the 16th century.  It has become one of the most widely used spices in Mexico.

Cumin is derived from a small plant Cuminum cyminum. 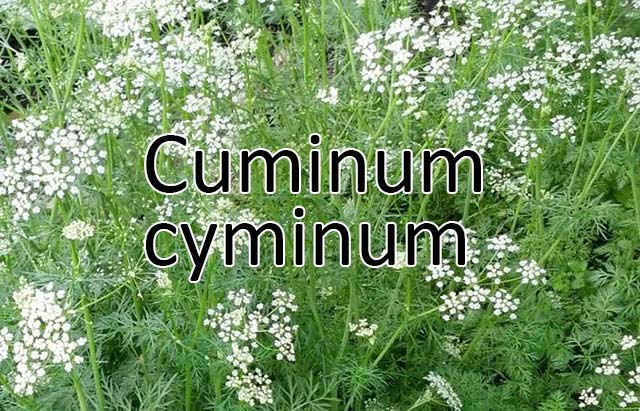 It is a member of the Apicaceae family, and its dried seeds are used as a spice.  It has a pungent and nutty flavour that increases significantly during heating and roasting.

The essential oils contain Cuminaldehyde which gives it its distinctive aroma.  The aroma is similar to bitter almonds with notes of pine.  This compound is also found in Eucalyptus and Myrrh, so if you ever wondered what Myrrh smells like grind up some cumin.  This aromatic scent is very attractive to most humans and consequently it is frequently used in commercial perfumes and cosmetics.

70% of the world’s cumin is now produced in India where the seeds are harvested by hand.  Indian cumin is used extensively in Asian food. However, Turkish cumin is superior for Mexican cookery due to its stronger flavour.  At Fiesta Manana, we only use Turkish cumin supplied by  https://www.buywholefoodsonline.co.uk/

Cumin is used in both seed form and ground as a fine powder. Seeds used whole are generally roasted before use, this allows any retained moisture to evaporate and triggers the release of the essential oils.  The easiest way to do this is by gently heating in dry frying pan until the aromas intensify and the lighter floral notes give way to nuttier compounds.

Cumin is widely used in both meat and plant-based dishes.  It combines extremely well with other fragrant spices such as coriander and cardamon, but should be used sparingly as it can over-power other ingredients.

Cumin is the most widely used spice in commercial Mexican food and is used extensively in seasoning mixes. It is present is almost every recipe for chilli con carne available online and is used to flavour tacos, burritos and chimichangas.

It may not be so widely used for the traditional Mexican home cook, but we love it and at Fiesta Manana we are all about helping you to enjoy preparing restaurant quality food at home.  So, cumin gets a yes from us

Tex-mex is a fusion of cuisines from Northern Mexico and Texas, the area around the River Grande.  Much of what we think of as Mexican food is often Tex Mex.  The Texan influence is most obviously seen in beef and wheat – think beef chilli and flour tortillas.  Authentic Mexican is more likely to be pork  or chicken and corn tortillas.  But we love Tex Mex and we love helping you to create your favourite Tex Mex dishes.  So whether it is loaded nachos, burritos or chimichangas you are going to want that cumin flavour.

Ground cumin does not need to be roasted as the grinding process releases the essential oils.   This means that ground cumin has a short shelf-life, this is because most the the spices are ground and packed in their native countries. 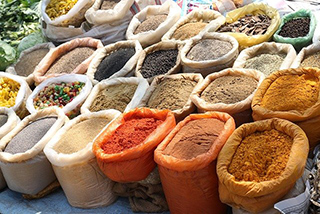 So by the time you purchase a jar from the supermarket, it could have been ground many months ago.  So once you open the jar its a race against time to use it before the flavours disappear.

The flavour of ground cumin is also affected by light so it necessary to store it away from light. Consequently, Fiesta Manana has developed its packaging to exclude light and air.

We freshly grind and vacuum seal your spice to ensure that those big flavours and aroma just explode in your creations. Our 100% recycled card packaging protects your ingredients from the light until you are ready to spice up your life with one of our recipes.